Description
It took me a long time but I'm finally satisfied with this hack. Thanks for bearing with all the versions, if you've already played them, this newer edition will mess with you.

Known Bugs:
* Some items have appearence of others
* Ship still looks messed up

This hack is for experienced players, all the tough moves are necessary to proceed. 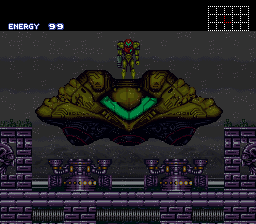 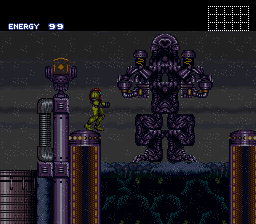 )
No completion stats.
Read More
Digital Mantra's tiling skills are shown once again, but it's just another one room hack with a ton of spikes, crumble grapple blocks and limited health. Did not finish because I just got frustrated and the hack was stupid.
By MetroidNerd#9001 on Nov 27, 2019 (

)
No completion stats.
Read More
Well, I can at least tell myself I've completed every Dman hack. It should have been called 'needle in a haystack' hack. Pretty neat ending message for the time, Dman always did like using map stations for lore and stuff.