Description
Wet dreams extended version! wooOoooOOooOoo
Some major changes where made to make the hack wide open from the start. There is a lot you can do here, and there are many many ways you can go to get to the end. Yes the escape timer is glitched. And yes you can get into tourian. 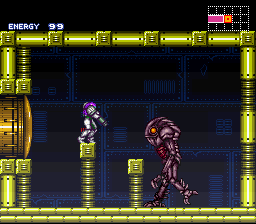 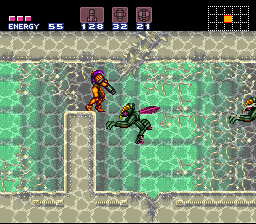 )
No completion stats.
Read More
Omnomnomnomnom
By squishy_ichigo on Apr 11, 2015 (

)
73% in 3:35
Read More
Great hack! Not horribly difficult, but harder than the vanilla game. Advanced skills like wall jumping are required. It changes up the items a lot, but leaves the level design more-or-less intact.
The real draw of Wet Dream is how it changes the physics. Samus jumps really high and fast underwater, but sinks very slowly. It's a bit like doing a gravity jump in the vanilla game, except higher maybe. Usually her momentum stops if you exit the water while crazy jump acceleration, but I had a few instances where she kept the speed. All the underwater changes work in a really strange way, but it's a welcome change from the usual. The changes in level design play around the physics in interesting ways; it's very well-designed, save for a few rooms that have "don't touch the ground" gimmicks.
The other major change is that the timer on morph ball bombs is shortened a lot. They explode almost immediately, so you can just mash the button for infinite BJ, and it lets you hover above the ground when used underwater. It's weird, but it's a fun mechanic that the level design takes advantage of.
Wet Dream is definitely worth a play; it's one of the more unique hacks I've encountered. I loved it!