Description
This short hack is designed around the concept of exploration as well as giving the player some sort of emotional feedback that one may not often see. At heart the hack was inspired by another one called Darkness spreads 2 which was made very early on in the super metroid hacking scene, and this is what one could imagined it to be like if re-made today.

So if you got some experience with super metroid and want a short, but unique experience, this is may be the hack for you! 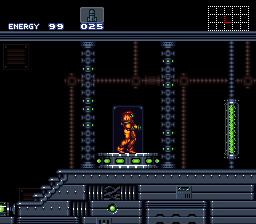 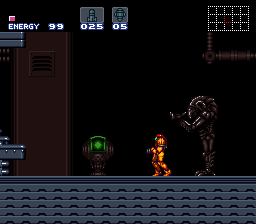 )
37% in 0:15
Read More
Really liked the major change in the middle, did not see it coming at all. Very good hack even though I accidentally skipped a few rooms and couldn't go back.
By nodever2 on Aug 10, 2019 (

)
37% in 0:33
Read More
More or less a showcase for a really cool concept where the whole world changes about halfway through. The concept is really cool, though the hack itself is quite linear and doesn't offer much more than said showcase. The boss palettes/sprites were cool too though.