Description
Since I've run dry on ideas for hacks, I've started re-ramping my old hacks to a more advanced hack. This is a re-ramp of my old hack named SM - 32. The title simply is just a number I thought of at the time I published the hack on Metroid Construction (SM - Old Canceled Hacks).
I'm currently working on this and it is going to be somewhat of a mini hack. I'm planning on skipping the map sequencing after you click ''START GAME'' which I have not found out how to do. 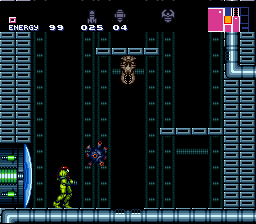 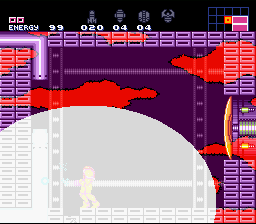 )
No completion stats.
Read More
I liked almost everything that author did (although this hack is more like a playground for a new things). Stronger enemies acting as mini-bosses, animated parts in backgroungs, escape from powerful Mocktroids, nice palette choice. Battle with Torizo is a very interesting challenge.

This hack is not completed and only have 2 areas so far, but I give it maximum. Please, finish it someday.

)
No completion stats.
Read More
Decent hack with nice thematics. The Metroids at the beginning add a lot to an eeriness factor but are also frustrating without the ability to kill them. The tiling is somewhat bland, but it still looks decent. Unfortunately, this hack is not complete, though it's still fun until the Bomb Torizo fight. Just no.
By Sapphron on May 05, 2022 (

)
No completion stats.
Read More
Actually liked this a decent amount. Very, very dark and samey tiling but it worked okay for the hack. New tiles look pretty good along with the doors and has some good exploration. Like MetroidNerd said, you'll have to look out for those metroids at the beginning as you really only have 100 health. Unfortunately the hack isn't finished and is rather short but it doesn't offer enough to play in my opinion.
Finished.
Do not recommend.
By RX-78-2 on Nov 19, 2022 (

)
No completion stats.
Read More
it's not bad as most hacks on here tbh, this is one of the hacks that I like.. only reason why I rate it 4 stars is cause it's not one of my favorites but it's still a pretty good hack to play. the difficulty is slightly harder than vanilla but anyone can still play it tho.. 7/10, would recommend.