Description
None. So I (JAM) wrote my own. In this mini-hack you'll have to move back and forth through several rooms in zigzag pattern to collect the items. Returning from water is incredibly hard. Use savestates! Required skill: underwater walljump. 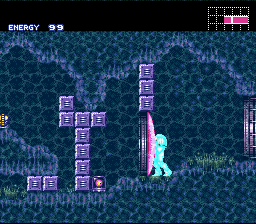 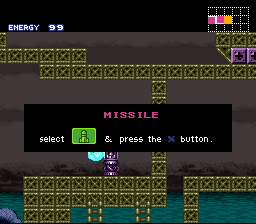 )
No completion stats.
Read More
It's impossible to beat this hack. Second underwater walljumping is impossible to perform because it's turning to regular walljumping after that. Or maybe it's possible for TAS'ers. I'm not sure.
By Cpt.Glitch on May 16, 2015 (