Description
As today marks the 20th anniversary of Super Metroid's NA release, I've decided to go ahead and release this. While I originally wanted to save this reveal until I release my first hack, my inability to stick with one idea and run with it would mean this wouldn't come around for many years at my current pace.

Ridley deserves better than that. 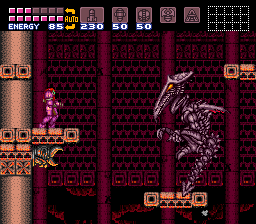 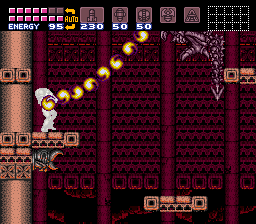 )
100% in 0:04
Read More
This hack give you all items from the start. Features some rather nice AI coding for ridley and a much larger room to battle him in. Making this one boss hack a decent challenge. Once you beat it though there isn't much replay value.
By MetroidMst on Apr 20, 2015 (

)
100% in 0:03
Read More
Not really much too this hack. It's just Samus fighting against Ridley with better AI coding and a lot more health. So easy for me to record and upload to Youtube.