You start off in the badly tarnished Silver (Power) Suit and you have been invited by Ridley to a fight, Collect many of the items and work your way up to Ceres where Ridley awaits you. 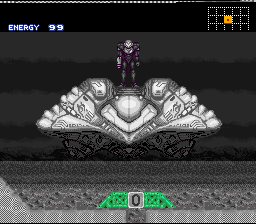 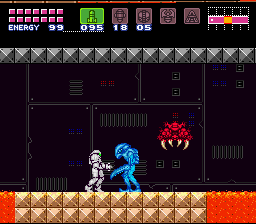 )
No completion stats.
Read More
I thought this was a really interesting and unique hack, it made really good use of the 16 rooms that it had. Level design was really good in some parts. Sadly, the suit palettes did not look that good. I knew what the creator was going for but the colors are too harsh against the background.
Got all items except one missile expansion
p.s. hack ends when Ridley flies off. Nothing happens afterwards.
By Syphon on Dec 29, 2019 (

Ridley fight also has the issue that he doesn't come back until you lay a power bomb. Also has no proper ending after beating him.

Other than that the rooms were well designed for the most part and I liked the twin E-tanks.