Description
Hi there, recently I've been working on this super metroid hack, n00bsmasher. I've made it as hard as possible without ruining it (well, most of the people who have played have said its enjoyable as well as soul crushingly difficult).

It's rather short, but should take a long time to finish compared to its size, a few of the techniques it requires are mid-air-morph, wall jump, one sided wall jump, mockball, quick thinking and knowing the original game well, well times jumps and amazing skill.

One thing i really like about this hack, but also what may make it too hard, is my deathtroids (ASM enhanced metroids; you will know when you see them), which await in tourian. 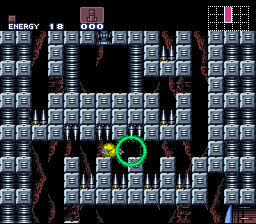 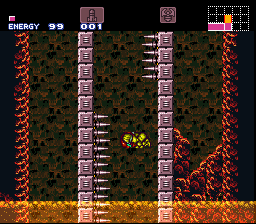 )
23% in 0:38
Read More
Used some savestates, not too many. Not a very fun hack, the precision will make you want to tear your hair out and the deathtroids are certainly difficult.
By Syphon on Dec 08, 2019 (

)
22% in 0:20
Read More
Crateria was ok with the exception of that crumble jump sequence.
Norfair was ok but not fun.
All of Tourian was shit. Deathtroids are annoying and fighting Mother Brain with the Power Beam was dumb.

Escape sucked too. Speedballing from mid-air trying to land in the right spot was annoying.
If you fail at it the first time, which you will, you can pretty much reload the game because you won't have enough time. Manage to get through it? Cool, hope you like this short crumble bridge. Falling down means you'll have to redo the speedball part and at that point you can just reload because you don't have the time.