Description
Super Metroid: Hyperion is a mini-hack, about the size of the original Brinstar area of Super Metroid. It is centered around being dark and ominous, although it is not meant to be a difficult, death-defying hack. It is non-canon, but if you must put it in the story line, it would take place right after Return of Samus. A good deal of items have been hidden, but no required items are hidden too much. 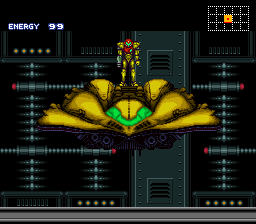 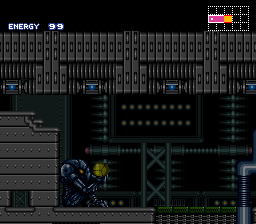 )
15% in 1:31
Read More
This is a relatively short hack without much to speak of. Some graphical edits exist, but the reason I rate it below average is the physics changes. If there is one surefire way to ruin Super Metroid, it is to change the physics, and to date, there isn't a single hack that has changed the base physics and it be a plus.
By Aran;Jaeger on Dec 08, 2016 (

)
31% in 0:04
Read More
Nice oldschool hack, but very difficult to get some items so much I needed hack codes to get them because of my lack of patience for this game. My suggestion would be to question every single wall with bombs, every single.. wall.
By caauyjdp on Apr 02, 2021 (

)
16% in 2:32
Read More
Somewhat interesting, but gets annoying really quick with grapple section over teleporting abyss(that might be possible with "just" blind jumps) and blind morph mazes. Might be rating it too low because I couldn't figure out how to get two interesting items...
By JaceTheBodySculptor on Aug 13, 2022 (

)
No completion stats.
Read More
This should be extra appealing to players who enjoy the "bomb everything to find the secret tunnels" aspect of SM. The dark fog was nice in that regard - with fresh rooms it added a feeling of extra uncertainty in exploration. I liked the changes to enemy health and (in)vulnerabilities.

Physics changes feel strange, especially when your wall jump has much less height than normal jumping.