Description
Well as i said in another topic, with my return ive been kind enough to throw together a 'gimmick' hack as i like to call it. for those who dont know what i mean by gimmick hack its a hack where rather than have a full game to play, you get another objective, like speed running. pretty much like metrace or my other unpopular hack metroid marathon.

did anyone ever play metrace and think 'gee i wish i could see my time on the end game screen'? well now you can. this is a race to all the bosses, with some skills chucked in here and there like a VMR run to keep you on your toes.

this hack allowed me to actually beat super metroid in a time of about 19 minutes (quicker than the world record for the whole game speed run), and i would say i have fun playing this game too.

also i discovered an EXTREMELY cool hacking element that i will implement in my other hack possibly. 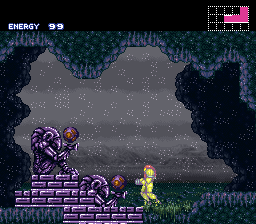 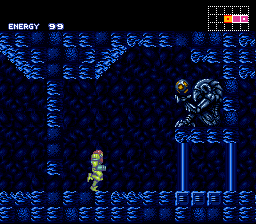 )
37% in 0:26
Read More
This hack was bad.
It has a ton of tiling errors and a long hellrun to a boss that's basically already dead. Why even bother?
When breaking the Maridia tube, why do you have to re-enter the room to make it work!?!?
It's just really boring.
Don't bother.
By Syphon on Nov 29, 2019 (

)
39% in 0:22
Read More
First off, the game is really boring. The game almost plays itself since there is one extremely linear path and there are conveyor belts everywhere. You essentially hold forward until you get to the next boss. Speaking of bosses they are pretty much dead already, like Sapphron said.

I was originally going to give this 2 orbs but what happened was that after you get your health drained by the baby the sound breaks and the game freezes when you try to go to the next room (Snes9x 1.60 using the unheadered version). Same thing happened in a playthrough I found on Youtube: https://www.youtube.com/watch?v=TwblWB31ka8 at the end. It didn't happen to him in his second video so I'm not sure what he did.

Anyway, the game essentially forced me to learn the Baby Skip. I guess that was the highlight of this hack.

I don't recommend this.