Description
Well I was playing around yesterday with no intention of actually creating a complete hack, but I think it ended up being like a 'One room hack', but with a few more rooms. Very Happy It is not polished, it has not been tested a million times, and it is a project that took me 3-4 hours? So don't expect perfection, but it should give you about 10-20 minutes of fun! There are a few bugs with the sky-scrolling that I didn't bother to fix, and I am sure there are some graphical errors, but otherwise the game should run fine.

Difficulty: If you can beat the original Super Metroid you should be fine. (Maybe just a little tougher)

Skills Needed for completion: Wall jumping, a little bit of space jump skill(?), and using bombs to propel yourself sideways.

Skills needed for 100%: Same as above, mid-air ball morphing.

Optional Skills that can be used: Mockball

Hidden Passage/Item Difficultly: (How hard the Paths/items are hidden. 1 out of 10, 10 being hardest) 7

EDIT: Gah, I forgot to mention two things.
1. Missiles, Super Missiles, and X-RAY Scope are included to get 100%. 2. Make sure to save state before collecting Suits. I have never gotten permastuck, but there has been a few times I have gotten close. 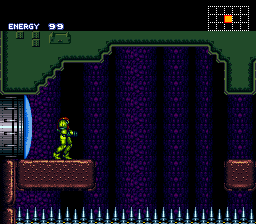 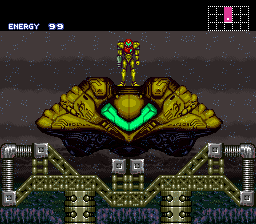 )
No completion stats.
Read More
It's ok. Nothing really worth mentioning. No real ending. You will know when you're done.
By Sickwood on May 10, 2021 (

)
No completion stats.
Read More
Having come off of Dmans 'One Room Hack I was expecting rooms stuffed to the gills with crap, but this one was not like that. I actually think it could have had more items added to it. I didn't get the point of ending with Xray with no use for it or exit. Otherwise, it was kinda fun and speed run-able