Description
A mini hack to test an idea I had for auto-scroll rooms in Super Metroid. I know of better ways to do this now, but the principal is the same: Base the screen's position on the enemy, not Samus. 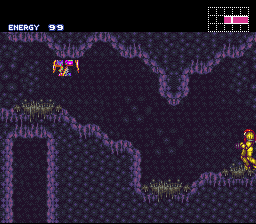 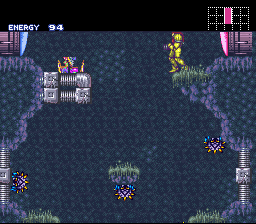 )
% in 0:03
Read More
Cool little idea, screen jumps around if samus moves offscreen and gives seizures though. Not enough to give it two stars though.
time is rta
By Syphon on Dec 24, 2019 (

)
No completion stats.
Read More
Another one of Jathys' experiments.