Please note that mockball is a requirement for advancement, but only in one area, which is noob bridge. (easy place to learn how) 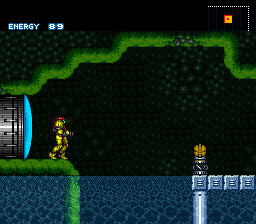 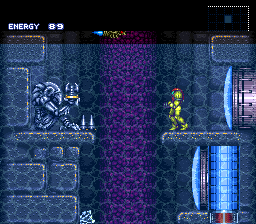 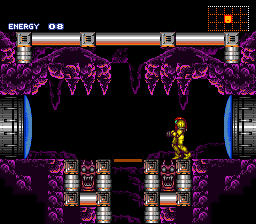 )
98% in 3:03
Read More
I haven't played any of the funfar games, so I can't compare this. I really enjoyed it and there's a lot of interesting takes on rooms. I think 90% of rooms have been reworked in some way.

Requires a lot of tricky mockballing in the first half the game.

)
82% in 2:53
Read More
Soft locked a couple times (in gauntlet and at morph) & saw quite a few other opportunities to soft lock.

Overall it's a fun play. Some sections are absolutely hideous (every map/missile/energy station + some of Maridia & lower Norfair)

Does require some tight mockballing & short charging, but nothing super difficult

Edit: there's some slight physics changes also. The most noticeable is morph ball will dribble jump, which is pretty annoying

)
98% in 2:37
Read More
This hack is very odd, a mishmash of random GFX and ASM patches and some interesting level design. It doesn't quite feel coherent, but can definitely be fun at times.
I'm not a fan of the minor physics changes but they really don't hurt that much. Noticed a couple of broken rooms that permastuck you so save often. Custom music is nice and the palettes are okay but very jarring in some spots. Mainly Maridia and LN, really weird and abrasive colors.
Overall, it's a halfhack.
Finished.
Do not recommend.
By VirtueAvatar on Sep 05, 2022 (

This is overall a very solid and enjoyable hack only held back by a few things.

The palettes are mostly pretty great, at least until you get to Maridia. One room in Maridia (Mama Turtle) is currently a buggy hardlock as soon as you enter. The replacement music in Norfair was bad enough that it made me turn the volume down while I was there - I would have appreciated new good area music, but it was really bad. It has a few "gotcha" items that hurt you instead of give you that item.

I really liked the changes to the boss fights and the stranger-than-you'd-think placement of items. It felt fresh and much more non-linear.

The hack was more approachable than I thought it'd be, and I only know some fairly basic tricks (mockball, short charge but not stutter charge, bomb jumping) and it seems you can use that to get through the whole hack. Other reviewers have said the mockballing was tricky, but I'm not great at mockballing and never felt like it was much of an issue. I believe there is a lot of sequence breaking potential in this hack, so maybe that's what they are talking about.

The only reason I was unable to finish the hack was because the entry to Tourian G4 suddenly wants you to do an extremely difficult trick that I found myself unable to do, and it felt out of character for the rest of the hack.

There's one new upgrade that's also worth mentioning here because I almost couldn't figure out how to use it. I won't name it for the sake of surprise, but when you get it, to use it you need to hold dash and a direction, then trigger it by releasing dash.