This is an alternate physics version of Super Metroid YPX. You're controls will now be vanilla style, which some may prefer this way in addition to the original physics.

Almost if not all credit goes to YP for this hack, as only the physics values have been changed, as well as a few spikes as to avert sequence breaking. 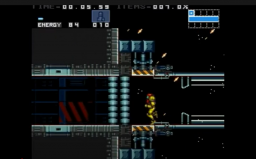 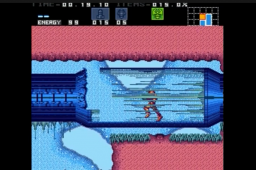 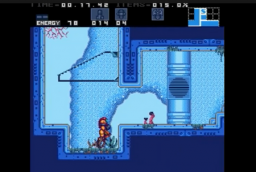 )
No completion stats.
Read More
No rating yet. I just started this hack.
Thank you VERY much for this one. I can now, actually, enjoy this hack. This is the play it is MEANT to be played. Not the way it was at first. I mean who's STUPID FUCKING IDEA was it to make Samus heavy any way. Keep do this and I will keep playing YOUR hacks.

)
100% in 2:02
Read More
I delayed playing OG YPX for a month (maybe more) because the physics annoyed me. But after I got the hang of it, YPX is now definitely my favorite map. Resetting the jump physics makes a lot of rooms much easier. I think the hack is definitely worse for these changes.

I'm unsure how quite to rate this hack. If people who wouldn't have ever played YPX give it a go, this is a net good. But if fewer people play OG YPX, this is a net negative. I also don't know if "adding an easy mode to a 5-star hack" can really be rated. Other than resetting the gravity and wall jump, there are some minor changes to prevent sequence breaks, so there was care and attention in this map. but most the rooms that were hard in OG I breezed through on my first try in redux (especially the speedbooster wall jumps, which were the most satisfying part). It also blocked the two sequence breaks I found in Gorfair, but no points off for that.

If you try YPX and just really can't stand it, play this.

Edit: Also I forgot to mention that they didn't reset all the controls, just the jump height (about 2 blocks less in YPX), fall speed (considerably faster in YPX), and wall jumps (vertical wall jumping was harder in YPX). The bombs explode instantly and don't boost you. Had Noxus allowed for IBJ, this would have been broken wide open due to possible early power bombs opening the map wide up.