Description
A concept hack for a metroid 2 styled light/dark world. The hack ends after you get varia. 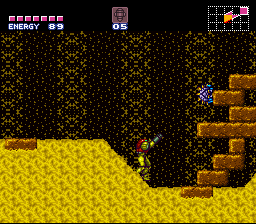 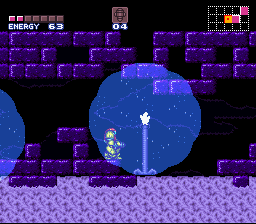 )
No completion stats.
Read More
Really like the concept here and how it takes you back through the rooms, but the refill on the light orbs and how fast the hp drain happens makes you wait around for a looooong time. Dark world had a really nice palette and said light orbs looked very good.
By Syphon on Jan 16, 2020 (