Description
There aren't really any major puzzles or skill requirements; however, there are a couple of times where you'll have to go through a couple of doors because I was having trouble placing the refills and expansions in some of the rooms before the boss. I hope you all enjoy it. For lack of a better name, its been called Super Metroid: Boss 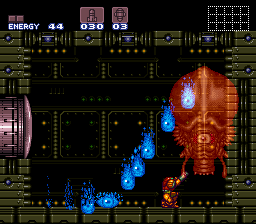 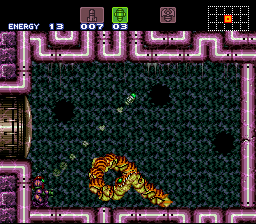 )
No completion stats.
Read More
I mean, Its what it says, but im disappointed, You dont get power bombs before phantoon so you can use x factor, crocimire isnt there at all, and you need to preform zebitite glitch to go through the zebitite room without going back for missiles. I guess if you want a decent and simple almost boss rush hack, here it is.
By Aran;Jaeger on Dec 08, 2016 (

)
48% in 0:17
Read More
Your typical boss rush hack. Nothing special. Items are handed to you and you have to sit through quite a bit of fanfare.