Description
This is a really short hack, but that one puzzle (which is actually easy) and especially that one boss should be fun.
Changes, apart from level edits and other obvious things:
Remote Bomb* patch, by me :D
A modified gray door, also by me :D
Missile Station Enhancer, by MoogleEmperor. Used this as a base for... you will see it
Made that one boss quite a bit more challenging than in the original game
Ending time uses minutes/seconds instead of hours/minutes
And a bunch of other minor things I forgot

*These are used by laying bombs, then pressing the *RUN* button while in Morph Ball mode. Spring Ball comes with it.

There's one Energy Tank, Missile pack and Power Bomb pack each and one major item to be found. The E-Tank is the only one you can possibly miss if you have eyesight.

Story for those who just need one:
Someone who looks a lot like Samus in a power suit a lot like Samus' wakes up in a shattered containment box or something. Then it starts roaming around and does stuff 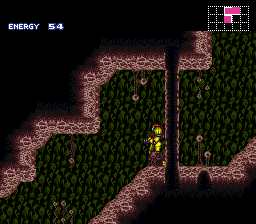 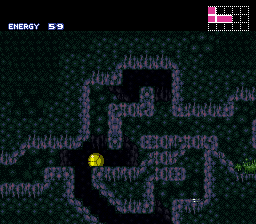 )
11% in 0:25
Read More
SMContest is a small little hack with a single puzzle based on some custom code. There is just a tiny bit more to it than that, but really it feels more like a tech demo for the "custom" item made for it. If you're interested in seeing how the Remote Bombs work, this is a handy little hack. But otherwise nothing really spectacular.
By Aran;Jaeger on Dec 08, 2016 (

)
11% in 0:30
Read More
This was quite a neat hack. One of my favorite touches was that the first room of the game explodes when you leave it and is demolished if you re-enter it. The concept was fun with the Remote Bombs. I think they have the potential to be in a larger hack. My main gripe was the fact that the unused enemies would kill you in one hit if you had not collected the well-hidden energy tank. The boss was fun too, but it was still somewhat hard to figure out what you were supposed to do. The puzzle before it was neat, and the end was a surprise. (But I won't spoil it for newcomers)
By Sapphron on Dec 04, 2021 (

)
11% in 0:09
Read More
It's alright, like MST said it's more of a tech demo for that item than anything. The bangs are stupid and the whole purpose of the room sucked once I realized what I could do. Item was a bit buggy too but that's really beside the point. Mediocre hack overall.
Finished.
Do not recommend.