Description
None. So I (JAM) wrote my own. In this mini-hack you start with 85 Power Bombs and can collect Morphig Ball, Charge and Ice Beams from the start. The goal is to use Special Beam Attack to destroy blocked enemies. Cleaning the room will make the door opens to another one and so on. Warning! You can stuck under slopes in some rooms. Hint: the game is NOT ended when you've entered Tourian. The real ending is beyond. Just don't swim too much in the acid. To get it, you must fight Metroids with Power Bombs only, helping yourself freezing them. 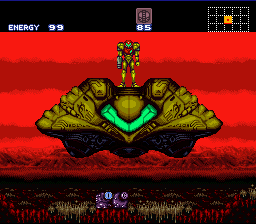 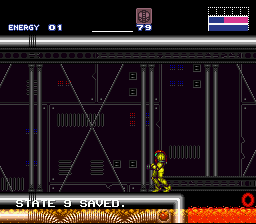