Description
I made to try the performance of 0.15 and SMILEVer.0.1. The content is the game of the boss battle only. 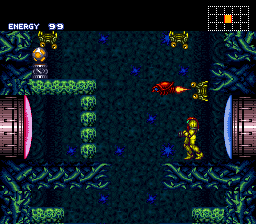 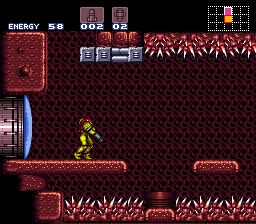 )
No completion stats.
Read More
This hack is pretty cool... It's like a boss rush, but there's a central hub you need to branch out and explore with your new powers. Each area and boss provides new powers to further explore the hub until you beat the game. It's boss-focused but still has super metroid in-between to give you the proper power-ups. An excellent quick-play.
By Aran;Jaeger on Dec 08, 2016 (

)
35% in 0:36
Read More
A boss rush with some exploration in between bosses. I liked it quite a bit.

)
No completion stats.
Read More
Played this for about 1h50m(no idea what took so long). It was fun and enjoyable up untill screw attack. Did not finish. Very salty.
By Sapphron on May 16, 2021 (

)
36% in 0:29
Read More
Pretty good for a really old boss rush hack, the screw room was not very fun and lost a few e-tanks in there. Escape was changed which is nice, but the "end miniboss" wasn't very challenging, moreso a timewaste.
Finished.
Do not recommend.
time is rta