Description
I have started working with S.M.I.L.E for about 2 weeks, I'm going to make a mini hack, most of the rooms WILL be tiled (damn, I don't know if that's right or not) again... There will be LOTS of water, as you start off, you be running around in lots of it, as you get the high just you WILL have to do wall jumps IN WATER, which most of you probably dread about that fact... To get the Varia Suit... You will have to run through Noirfair, but you do have extra energy tanks placed around, and alot more items, its more hard control wise than enemies, the bomb torizo is basicly optional, but he is hard with 9999 Hp and 200 damage if you touch his body, just to have fun :)
The grapple beam is nessicairy to finish the game, and places have new names!
One thing though, (long story short,) The remains of Zebes has collided with blown up SR-388, and sector 4 AQUA from fusion, so there will be a little harder enemies (No new ones, im a new hacker)...
THE HACK IS DONE.... IT'S UNEDITIDED IN NOIRFAIR,MARDIA,TOURIAN AND LOWER NOIRFAIR AND WRECKED SHIP.... ONLY MINOR EDITS.... :( 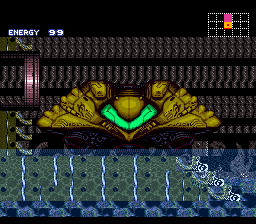 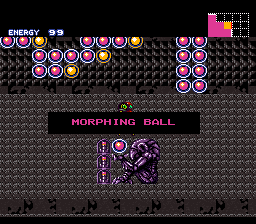 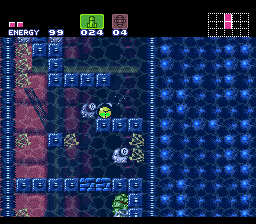 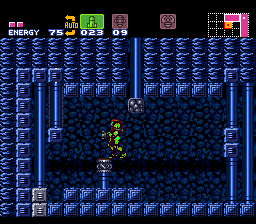 )
60% in 1:31
Read More
Another bad hack. The beginning few rooms are frustrating, as you have to navigate through tons of air tiles for no good reason. Item locations are swapped around, no new rooms, kinda boring. Some enemies are buffed to hell and can one-shot you, especially later on.
Finished.
Do not recommend.