Description
This hack is meant to feel like an 'EXPERT MODE' of the original Super Metroid. The difficulty increase emphasizes combat more than platforming and no game breaking tricks are required.

- REDUCED PICK-UPS: Most enemies no longer drop energy or ammo. Instead, pick-ups are placed tactically where Samus will need them most.
- ALL PATHS ARE OPEN: For the most part, you will not find locked doors or blocked paths. Nearly any area can be reached with little to no upgrades.
- BOSS KILLS AWARD ENERGY TANKS: Because the paths to boss rooms have been unlocked, the only obstacle in getting to the later areas of the game is difficulty. This hack's goal is to hunt bosses for E-tanks which allow Samus to delve deeper into Zebes.
- ROOM UPDATES: Nearly every room has been altered to account for these new mechanics. Most rooms have been changed to offer greater challenge or allow traversal without upgrades. Most importantly, the game has been tailored for suitless Maridia and Norfair (don't worry, it's not so bad).
- SMALLER CHANGES: Samus' beam damages are weaker and will need to rely on missiles. The map stations have been removed and because of this, save station door caps have been marked. Introduction has been removed.

For the most part, Zebes is going to look and feel similar, which isn't to say that Super Mocktroid is a low-effort hack. All of my time went into making sure the above changes don't seem ham-fisted and instead feels like an integral part of the game mechanics. In Super Mocktroid, you'll find the jumps are trickier, the enemies are meaner and the bosses are much more imposing and every successful step forward, you can't help but feel like a badass.

EDIT: I have recently updated the Hack to remove some small slope-related soft locks and some QOL edits. 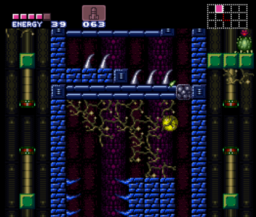 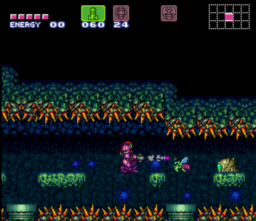 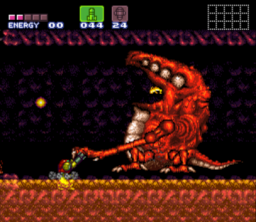 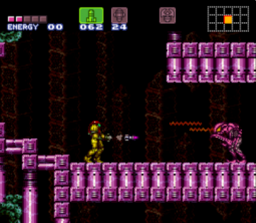 )
85% in 3:25
Read More
Sounds like just another SM halfhack, and it basically is. I liked SM Precision more, honestly.
Found one crash in LN and there are a lot of invisible floor tiles in places which is just bad design. Hellruns are forced which is okay, but you go ALL the way into LN and right back out only to go there very late in the game for some reason. Ridley is hard.
There's some suitless stuff (don't worry much about getting out of Draygon, if you can spring ball jump once you're ok)and some bosses have been buffed. The map isn't updated at all which is really a shame, because most items aren't in their vanilla rooms anymore. Enemies not dropping ammo/hp is just frustrating and forces you to backtrack a lot. I don't like it.
Finished.
Do not recommend.