It also revamps the health system.
Energy number display is % of total life (99 for full) instead of remainder of e-tanks.
Starting health is 300, max is 700 and enemy damage is adjusted accordingly.

The total amount of collectible items is now 105 while keeping most of the well known vanilla map in tact. 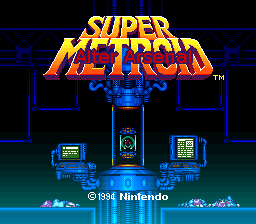 The new items are neat and all but also not all that useful here.

Some changes I wasn't a fan of. Varia and Gravity not reducing damage was somewhat annoying. Space Jump being nerfed was awful.

I personally wasn't really a fan of the health system.
Movement also felt off at times when aiming up and running at the same time.

Some interesting stuff here but it's probably better suited for hacks that utilize the new items.

)
88% in 2:02
Read More
Shit hack.
Cool ASM! Everything else sucked.
Enemies deal way too much damage, health system was bizarre (not in a good way), etc. Mother Brain was the worst I've come across in a hack, seriously.
I had to do a crystal flash during her rainbow beam in order to stand up and actually deal damage to her instead of waiting until the end phase where YOU DON'T GET HYPER BEAM so you're forced to stand there and hit her amongst the incredible amounts of blue rings and balls flying out of her maw.
Finished.
Do not recommend.
By Daniel94Gomes on Nov 02, 2020 (