Description
A Chinese race-like hack that uses the Debug Menu to circumvent Fusion's event system. Turn on items at your own leisure and go fast! You'll know once you reach the end. 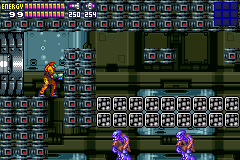 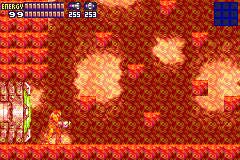 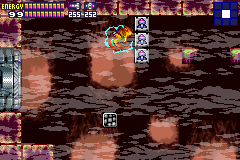 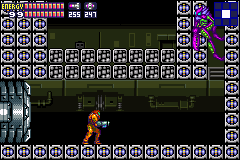 )
% in 1:03
Read More
Really fun challenge/race hack! Relies on you grabbing your stuff from the Debug Menu and just going at it. Doesn't expect you to have Space Jump for any of it, so some rooms are trivial. Worth a playthrough I'd say. Ends at room that says "GOOD."
There's one room that uses a very tight shinespark recharge to go through it, but it's doable RTA. Might want to use a savestate for it. 2 rooms also have the platform clipdata, which you can consult the playthrough for.
Finished.
Recommend.
time is rta

)
No completion stats.
Read More
Interesting idea, and the level flow isn't broken. But it mostly relies on gimmicks like crumble blocks, which kinda slows down the action. Stopped at the Sector 6 speedboost area because I don't feel like trying to actually get that shinespark. Nonetheless, that's just me, and I'm still giving it a 3 for going a bit outside the box and letting the player progress at their own pace, as well as avoiding the cheap death traps common in Chinese hacks.
By MetroidNerd#9001 on Mar 24, 2020 (

)
No completion stats.
Read More
I got stuck in the Sector 5 speedboost area that Sapphron was talking about, so I stopped there. It's fun in parts, but other segments overuse crumble blocks. The tiling is also pretty bad. The rest is enjoyable though.