Description
Chinese Metroid Fusion hack that revamps the entire layout, breaks the map, and has some very neat stuff to discover. 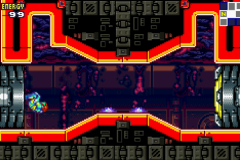 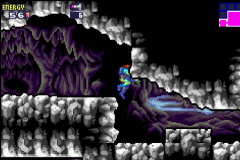 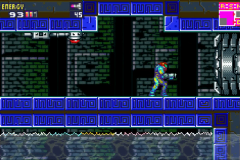 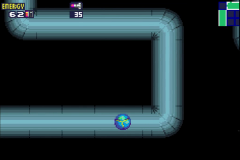 )
5% in 1:50
Read More
Full RTA of 1:50:42.08. Began timing at first objective briefing, ended timing after the Sector 4 Nav room since the hack only goes that far. Used the linked bilibili video at times so that I didn't go too insane.
This hack is one mixed bag. On one hand, it does more than just retile the existing Fusion rooms like other Chinese hacks do. It also provides some custom tilesets/palettes to make the hack feel fresh. On the other hand, there were still various annoyances throughout, such as the lack of a custom map, and convoluted Sectors. One part that was really exhausting was the electric water shinespark needed to reach the water lowering unit, which was luckily the last major part of the hack. Despite that, I was able to get through what it had to offer for me, and is definitely playable.
The one major glitch I found was in Arachnus' room, where running too far past the crumble block leads to an infinitely-falling trap.

)
12% in 2:13
Read More
Like kkzero said, it's a mixed bag. Custom room designs, cool secrets, lots of neat stuff to be seen here. Also custom graphics! Yay!!
Unfortunately, the entire map is broken making for frustrating navigation. Sector 2's entire palette is like vomit, it kind of hurts your eyes to go through it. It's manageable though. I got softlocked in Zazabi's room because I managed to break the event sequence somehow, despite literally having the correct event ready. Also no SA-X to be seen in this hack. The hack has a lot of enemies from different sectors, and fortunately their damage is toned down quite a bit. The evirs won't kill you in one hit.
Overall, I found 4 e-tanks and ended up with 50 missiles. Probably pretty close to max%.
Finished.
Recommend.
time is rta