Description
Last of more harder versions of Super Metroid. Based on Veteran. For experts, TASers, maniacs and doomgods. Difficulty is increased, approx. 16 times more harder that original game. This is nuts... This is crazy. This is true insanity! Overall difficulty is close to Doom's Nightmare more (that's why this name), but still passable.

Now you'll need to collect at least half ammo of each type just to open door of this type and go further! Because of that, the course should be altered to gain more ammo as soon as it ever possible. To fight Mother Brain, you should collect full ammo. When you ran out of Missiles and Super Missiles, use Power Bombs. 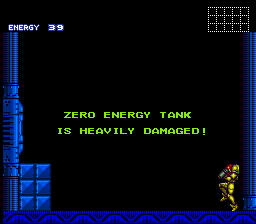 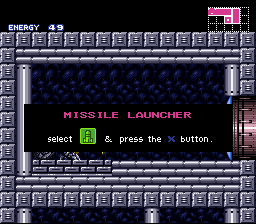 )
100% in 4:36
Read More
BARF
God this sucked. I beat the entire thing savestateless except for a savestate right after I killed Ceres Ridley.
It's just a tedium fest, super linear route and pb doors are the worst offenders here. It seems impossible to get into LN since the doors take like 10 hits and you only have 9 pbs at that point, but there is a way. Just have to position yourself right. Of course JAM probably didn't account for this I'd have to guess...also you need 100% to beat this. 50/10/10 ammo. It is IMPOSSIBLE to kill MB without it. And you have to break her tank first. You can leave Tourian which you're forced to do about 5-6 times.
Finished.
Do not recommend.
81 deaths.
By kkzero on Mar 24, 2021 (

)
No completion stats.
Read More
Yup, the same old formula of more tedium in the vanilla game. Though I appreciate the nod to Doom in the name, there's nothing to get out of this otherwise.
By Rothlenar on Aug 25, 2021 (

)
100% in 5:35
Read More
If you're into playing stupidly difficult Super Metroid hacks, this is definitely for you. This hack does exactly what it aims to do: Make things incredibly-tediously-stupidly difficult for you.

Due to the ammo requirements for opening doors and the increased damage taken from ALL sources, this renders the hack as being pretty darn linear. There are a handful of times where you can choose to do one path over another if you're patient enough to abuse refills/drops to get other items, but

There are some interesting ideas this hacks puts forth, though:
1. Not being able to open certain doors that your weapons can "damage" was interesting at the time. It's another thing you have to think about when figuring out how to progress further in the game, making full use and abuse of refills where you can. I liked that.
2. When you get to the point of having enough ammo to open doors (without refills), it does feel like a new ability, though that feeling is short-lived.
3. A Spore Spawn that keeps moving when its "mouth" is open was a nice new twist back in 2011.
4. The concept of the "zero"-Energy Tank being damaged (I noticed Jaeger found a nice bug concerning that, though. :P).