Description
Title says it all really. This is just something I've picked at every now and then thinking it'd be an interesting project. Same ol' Super Metroid you know and love except...

-Item amounts have changed
->Missiles are now +2
->Supers are now +1
->Powers are now +1
->E-Tanks and R-Tanks are now +50
-Samus' attacks do half damage and enemies do double damage
-All sequence breaks are taken out (at least I believe so). Mockballing and lower wall jumps are physics changes. Everything else is minor level changes. 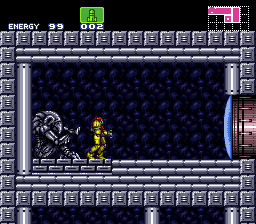 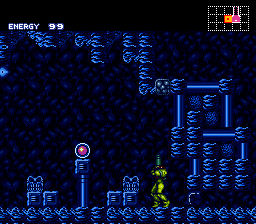 )
99% in 2:30
Read More
Decent reworking of the base game with a fair bit of added challenge, pretty akin to Hard Mode for Zero Mission. Definitely had fun with it.

Was only able to find 99% of items though, missing an E Tank somewhere. Was it moved somewhere else, or was it removed from the hack completely?

Not sure if 92 Missiles is the cap as well, or if there's extra missile packs hidden around.

Rating for some hacks may be off by 1 Star, but arguably not more, and ratings are not attempted to be provided within the precision of ''half orbs''.
By Syphon on Feb 16, 2020 (

Removal of Mockball and nerfed walljump didn't really prevent breaking anything since IBJ still worked. The only change to the usual 100% route is that you can't get early Supers and are forced to get Ice Beam early.

Kraid E-Tank was seemingly removed. 47% is the max.