Description
This is a complete game hack with all new graphics and all new level designs! Please refer to read me for additional information on the background of the game. 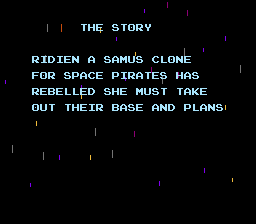 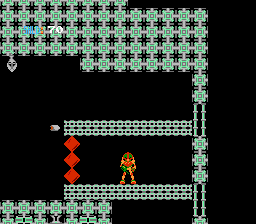 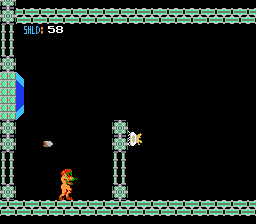 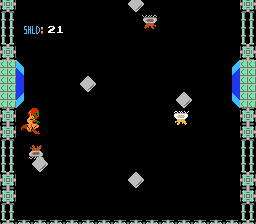 )
No completion stats.
Read More
It has a cool story and stuff (it's like ten pages, wtf?).
But it's WAY too long and unrewarding.
I played about an hour or two, explored all of Brinstar (and nothing else)only to get two upgrades in the entire thing, being Morphing Ball and Missiles. This hack doesn't really reward exploration despite being so large as there are sections of the map that literally loop around on themselves. For no reason. WHY?!?!
The vertical climbs are obnoxious and I don't like where Morph was. It can be easily missed.
I encountered ~2-3 stucks, which really sucked. Spent about 15 minutes trying to get back to where I had gotten stuck and it turned out to be useless anyways.
The graphics are original but they get really stale after a little bit, no variation in level design at all. Most rooms are exact replicas of each other (yes, I know that's what NEStroid does but it's especially bad here).
And you WILL need a map if you decide to play this. You won't get anywhere efficiently if you don't have a map.
Do not recommend at all unless you have lots of patience, love boring tiling and M1.
Did not finish.

)
% in 1:57
Read More
This hack has a couple really novel ideas for something without any ASM hacks. It has a couple "teleport stations" that abuse how door blocks work (you see one right at the start). Also, it has special doors in Norfair that you have to shoot at the top or bottom to get working. Both are pretty janky, but are quite neat.

That's pretty much all of the good things I have to say about this hack. Everything else is pretty bad.

Progression is very stingy from beginning to end. There are only 5 energy tanks and 5 missile tanks overall. After collecting morph ball (and I guess missiles), you have to get wave beam in Norfair to get the high jump in Norfair to get bombs and long beam in Brinstar. Both Brinstar and Norfair are a pain to traverse for different reasons, and you likely won't find any energy tanks for this first leg of the journey. After this initial hump the game becomes markedly easier, but that's true of most Metroid 1 hacks. Progression-wise, the only saving grace is that Screw Attack is quite early (if you can find it), but that doesn't save the map design from being way to spread out and sparse and dumb. (Also, it looks like the author anticipated wall-crawling, since there is no way to use it to get main items early.)

In Kraid and Norfair, dying respawns you at the bottom of the elevator shaft. This is annoying in Kraid, but infuriating in Norfair since going down the elevator shaft is a one-way trip, and the way back up basically requires traversing the rest of the area.

The tilework gives me major Hoshi wo Miru Hito vibes. Everything is ugly in the most boring way possible (except somehow their suitless Ridien sprites turned out decent (being minor edits)).

I was tempted to give this hack 2 orbs on account of its clever ideas I mentioned above, but that doesn't save it from being garbage. However, this feels like a marked improvement over the author's previous hack, Metroid Adventure, so take that how you will.

Completed with liberal use of a map and savestates, after an initial attempt not doing that.