Description
No description provided by creator.
Seems to be a vanilla halfhack that changes lots of terrain and draws heavy inspiration from Metroid 1. 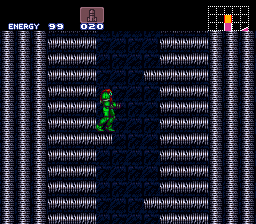 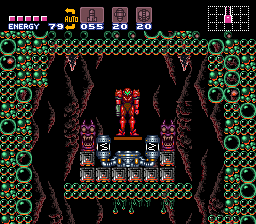 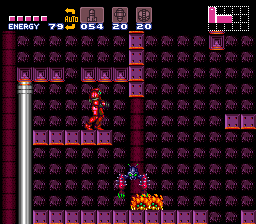 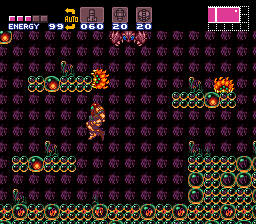 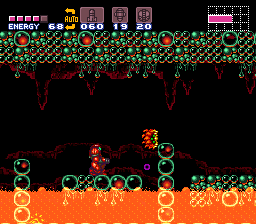 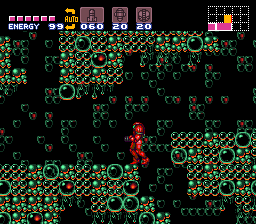 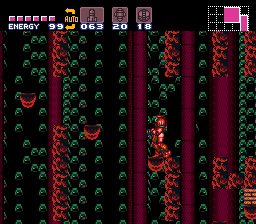 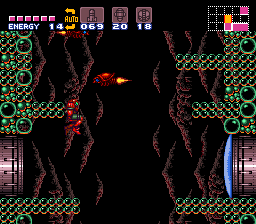 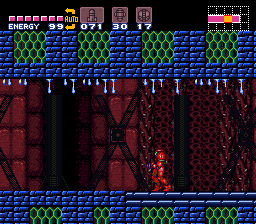 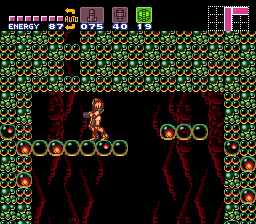 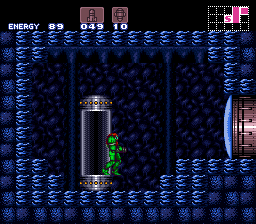 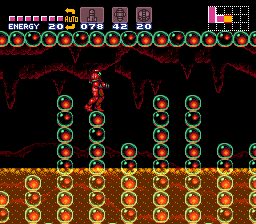 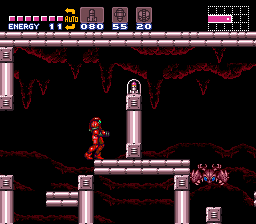 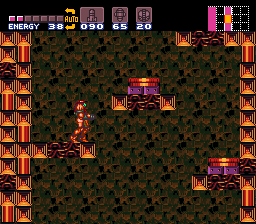 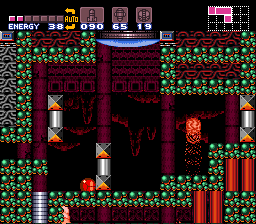 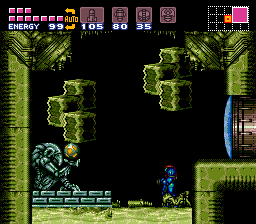 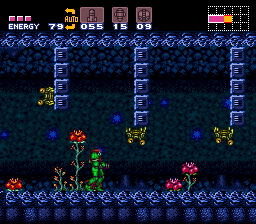 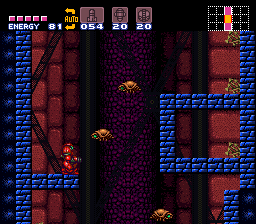 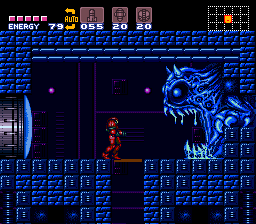 )
62% in 1:00
Read More
This was a very amateurly-made hack, with many, MANY tiling errors throughout. The rooms were rather ugly but at least they were quite retiled.
The norfair screenshots are basically the only good-looking rooms in this, but some have...unique designs.
Tons of item locations are changed around, basically all the major items are different. Not many spikes!!!
Finished.
Do not recommend.
time is rta