Description
Patch allows completion of Super Metroid without killing creatures or bosses. Find Orbs near the four main bosses; destroy the orb to cause the boss to abandon its post.

Changes made to vanilla rooms where necessary, mostly dealing with grey doors, but also with regards to Kraid, Phantoon, Botwoon, Mother Brain, and rooms in vicinity of Kraid, Phantoon, and Draygon.

Spoilers at the end of the README.

Thanks to JAM for FFEvents and Tubes patch, Scyzer, Jathys, and Begrimed for SmileRF, Begrimed and Kejardon for multiple documents, and the Metconst community for teaching me all the things. 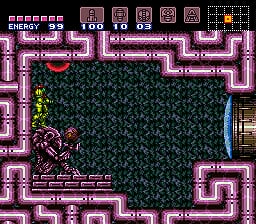 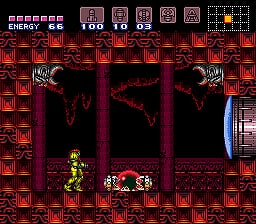 )
100% in 0:59
Read More
It's an interesting idea but doesn't really change the way you play Super Metroid (unless you give yourself the challenge to not kill anything.)

I think this would have been better if it wasn't just "walk past the boss". Maybe penalize the player for killing stuff.

The "destroy orbs to skip boss" idea would probably be interesting in a hack that isn't just essentially vanilla Super Metroid.
By Sapphron on Jun 18, 2020 (

)
No completion stats.
Read More
Cool idea, but couldn't find a lot of the stuff unfortunately. Was too hidden.
Did not finish.
Do not recommend.