Description
Here is a full hack for Super Metroid. Has some ASM changes with Samus' movement & enemy behavior. Also some graphics changes have been made plus the level layout as well. Not much is documented on this hack due to it being of Japanese origin. 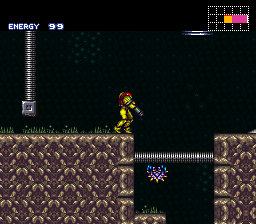 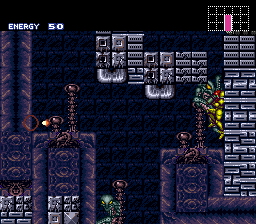 )
81% in 4:47
Read More
The hack is ok. Some areas have completely changed, some were rearranged. Note that the first two areas have NO save station so savestating is advised! Later save stations (norfair+) are easy to find.

)
89% in 2:58
Read More
Not bad considering this is a partial halfhack. I liked the darker Maridia.

Does have some issues mainly on the technical side. The item fanfare sometimes causes the music to stop playing and there is this sound-breaking bug once you enter a room in south east Lower Norfair which causes the game to hardlock when trying to leave the room. Thankfully that part is optional and you only miss a few items. Probably the third hack I've encountered with this bug.

Also, physics changes. I hate them. They become tolerable once you get Hi-Jump but they are still bad.

Despite the issues it was an enjoyable playthrough.
By Sapphron on May 25, 2021 (

)
65% in 2:04
Read More
One of the wackiest hacks I've played, it feels like it was made as a joke.
The sheer amount of design issues/level design errors is incredible, and the hack feels like it was corrupted but author did the best he could with said corrupted from.
Despite that, it was an interesting experience. I ended up lava diving into Lower Norfair and fighting Ridley early which was a mistake, considering the stupid tile error IN the Ridley platform. Makes the fight 10x harder. I went back after getting Grapple to continue normally, but just wanted to be done by then.
If you don't sequence break into LN I imagine it'd be a bit more fun, so do what you will with that information.
Finished.
Recommend.
By caauyjdp on May 28, 2021 (

)
84% in 4:25
Read More
took about 8 hours
So, at start, the only save point I recall finding was the ship. And after dying to a certain unused enemy, I made a habbit to use it, and it saved me from some frustration while being annoying in itself. Path to supers and back took "a while", partially because me being dumb on way back.
X-ray room was.. strangely enough unlocked.
Path to phantoon or kraid took a while finding, and I'm tempted to blame increased fall speed making it harder to enter nonground level morph passages, but I'm not sure.
Path to draygon was.. where was it? I clipped through crumbles, but there had to be intended way.. right?
Bubble mountain had music related(?) crash/eternal loading when leaving the room.
"Had to"(apparently I didn't have to) reset escape, and I'm tempted to say it's because one of the door tiles wasn't a door, but it's likely I just missed my shots.
Only thing I actually liked was the "tiling error" in Ridley's room, which made fight actually harder, it's not ofter hacks pull off good boss room changes, and even if could have been accidental, still, interesting change.
Not recommended.
By KPF on Feb 25, 2022 (

)
No completion stats.
Read More
NO! FUCK NO! WHY DID YOU MAKE THIS HACK? WHY DO YOU GUYS KEEP MAKING HACK THAT ONLY YOU CAN PLAY. THIS IS A TOTAL BULL SHIT HACK. THIS IS NOT FUN TO PLAY. IF YOU KEEP MAKIMG HACK LIKE THIS THEN YOU NEED TO QUIT! PLEASE DON'T MAKE ANY MORE HACKS!