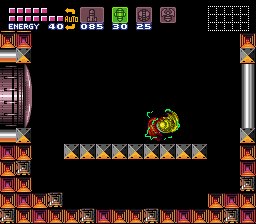 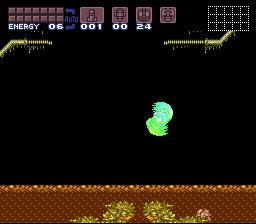 After you collect as many E-Tanks as you can find you have to heatrun all the way to Ridley and fight him in a heated room without suits.

Maridia has rooms filled with acid. Draygon is absolute bullshit.
Tourian has rooms with acid but it thankfully doesn't matter much there.

First Power Bombs are in a stupid spot. Good luck finding them.
Permastucks. There are quite many of them.

)
No completion stats.
Read More
Played Trash Version. Normal version is apparently very different.
Started out pretty funny actually, the breakable blocks were pretty odd. Sadly the game stops changing things after Ridley. Gravity Suit despawned due to me picking up a different item, making the game unbeatable. Don't really wanna redo it.
Did not finish.
Do not recommend.