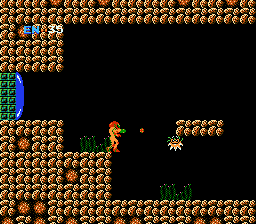 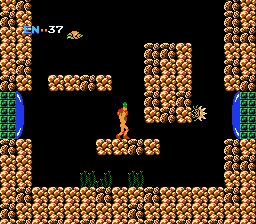 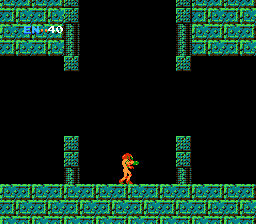 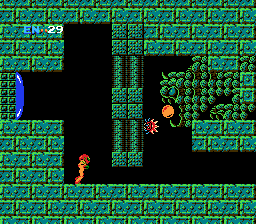 )
% in 2:52
Read More
Really nice hack, but a few flaws.
Keeps to the original NEStroid by having a ton of hidden passages everywhere, but it is common so you can't miss it much.
I'd estimate that there are about 15 different elevators in this hack, and it's pretty huge anyways. You'll want a map.
Norfair is extremely maze-like which bothered me, I didn't bother mapping part of it out because it made no sense.
The graphics looked really nice and were a good break from the monotonous bricks of NEStroid. Really liked them.
Difficulty is a little above NEStroid, but it is definitely playable and was a fun journey.
I did have to use Editroid to figure out where Tourian was due to the hidden passages, and it was nowhere close to where I thought it would be.
Recommend.
time is rta

I like the Metroid 2 graphics, but this hack only takes only a fraction of that game's tilesets, so all the areas end up looking too similar.

Brinstar feels decently well-realized, but the other areas not so much. Overall the map design is a bit too sprawling, sparse, and repetitive. The worst culprits are the two-column vertical shafts in Norfair (overly tall and dreadfully boring). If this was an old hack, I'd be a bit more forgiving, but this is a newer hack that uses an expanded ROM.

This hack has a lot of elevators, and each area ends up being a set of non-contiguous sub-areas. Unfortunately, the sub-areas of each area don't really do too much design wise to differentiate themselves. It gives the hack a slightly bizarre sense of space.

Brinstar has a good number of secret passages, but the other areas are pretty straightforward.

Both Wave and Ice are far enough out of the way that this hack could have used the wave-ice patch.

After defeating Kraid I looked at the editor for where to progress, because I ran out of options on the map I was making. It turns out the path forward was just a hidden path in an elevator room. After Ridley I was done with the hack and just made a beeline towards Tourian.

I do appreciate the fact that the hack is nice and easy, relatively speaking. The game is fairly generous with e-tanks early on, varia is accessible pretty early, enemy placement is reasonable, and Tourian isn't too hard. Good job on nailing the difficulty.