Description
This hack modifies the graphics, enemies, stages and colors of the Metroid game, leaving it with a more modern look.
Note: This hack is for a European Metroid ROM - Metroid (Europe).nes 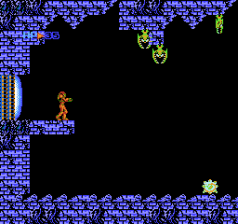 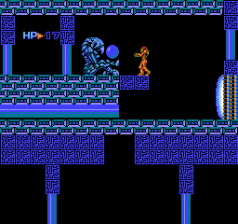 )
% in 1:06
Read More
Really interesting that a PAL hack exists.
Few rooms were modified later in the game, mostly in the start. Gets 3 stars because of the graphics looking nice. Some item doors were removed, so you can get Long Beam early and such.
Finished.
time is rta

)
% in 0:45
Read More
The most notable thing about this is that it's for the PAL version. It's worth playing just to hear the PAL arrangement of the soundtrack (did you know: the music for European Nestroid was subtly and tastefully adjusted).

Decent hack for what it is. Most of the original background graphics are amateurish, but fitting. I like it.

Not very many level design changes outside of Brinstar.