Description
This is another remix hack where a lot of level layouts have been changed. 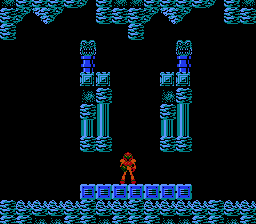 )
% in 2:01
Read More
Good vanilla style hack.
Keeps the same layout for 80-90% of it but manages to feel fresh. Attention to detail is needed for a few parts, a map is not necessary but recommended. Palettes were changed and room locations were too, they were fine.
Ridley's little gimmick/trick was really neat, I really liked that.
Kraid's lair was pretty boring, but I decided to do it anyways because I liked the rest of the hack. It was alright.
I recommend.
Finished.
time is rta

)
% in 1:44
Read More
Decent hack for it's time. It has a few clever ideas, not that many glitches, and avoids the sheer bloat that a lot of its contemporaries ran into. Early-game pacing is also relatively brisk compared to most.

The general skeleton of the map is vanilla-ish, but item placement has been shuffled around compared to the original (unlike most hacks of this era) -- this comes with the side effect of some expansions respawning, but that's excusable given its age.

The design of each of the screens is a bit uneven --- they tend to either be slightly too rough or slightly too featureless, if that makes any sense.

I ran into a scrolling glitch in Ridley's lair, but thankfully it was relatively easy to fix (no OoB shenanigans needed).

Overall, this isn't really bad at all, and is one of the few hacks from this era that I'm willing to recommend.