Description
Metroid Origin was a hack of Metroid originally created by JoQualian in 2010. The hack altered the graphics, levels, and text of the game. It was a good hack, but consisted of several bugs that prevented the player from actually being able to finish the game. Pacnsacdave and Draziw Eht fixed every aspect of the game to where it is now fully playable! There are three patches in the zip file for metroid origin. The first patch is the original game, only fixed so it can be beaten. The second patch adds upgraded Samus Suit graphics to the game, as well as upgraded item graphics. The last patch is an enhanced version. This adds the upgraded Samus Suit graphics to the game, upgraded item graphics, as well as animated blocks, lava, and the awesome Wavy Ice Beam that was created by Snarfblam!!! Download and enjoy!!! 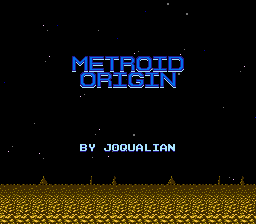 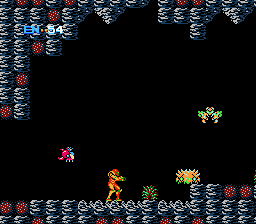 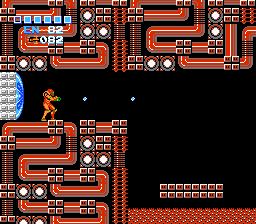 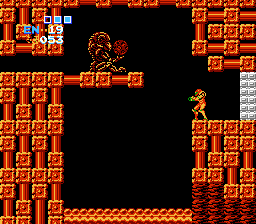 )
% in 2:12
Read More
Neat hack. Unfortunately, it had an extremely large amount of softlocks/permastucks in it, especially early game. Knocked down to 3 stars for that, but at least you always start with 70 health! If you play this hack, use the enhanced ips provided in the zip file. It's a much better experience.
Level design was really nice, graphics were very pretty. There were not many dead end spots.
Something that kind of bothered me was the lack of distinguishing between red and yellow doors, as they're the exact same color. You kinda have to guess for some parts. I believe up+a/death warp is kind of forced in 1/2 spots?
A map is not necessary.
Recommend.
time is rta

)
% in 1:45
Read More
I'd give this hack an extra orb or two if the permastucks, softlocks, and save data issues were fixed. Going towards bombs without high jump results in a softlock, and it's possible to softlock in the bomb room if you fall down before getting bombs. Also, I lost my first missile tank when dying in Norfair (lame).

As it stands, this feels like a middle of the road hack from 2005. The creaking skeleton of the original item locations can still be felt. Unfortunately, too many of the areas have long, winding, linear paths without much of interest.

The Metroid 2 tiles are nice, as are the parts when the areas overlap.

Recommended if you can tolerate a certain lack of design polish.

(Review based on the "enhanced" version.)