Description
The author’s intent is to enhance the overall playability of the Metroid engine by providing an entirely new adventure. The author have attempted to keep this version of Metroid true to the spirit of the original by making some tricky secrets and convoluted mazes.

Where the author’s version departs from the original Metroid game is the following:

Much larger overall map; easier to get lost
Secrets are in some cases harder to figure out
Placement of enemies is much more devious, requiring you to plan how to get past them without getting the crap kicked out of you
Respawning occurs with not just Zebs; it also occurs with tougher enemies such as Rios
All non-missile items are CRITICAL to winning the game
Important items are locked away much more tightly than before 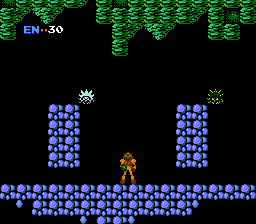 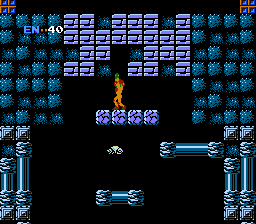 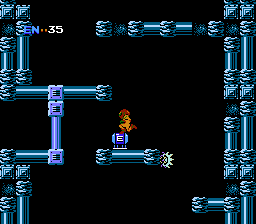 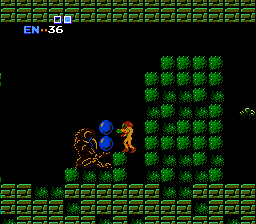 )
No completion stats.
Read More
Meh...
Lots of wandering around and dead ends. Why are these even a thing?
Map is probably needed, got to about Norfair and then stopped because of a major issue.
When you die, some of your pickups are erased. I lost all 15 missiles and an e-tank, starting back at 30 again. I lost my patience and stopped.
Also, a dboost through a respawning block is forced. Not a cool idea. I spent about a half hour with my map trying to figure out where to go and that was actually the way...like why?
Did not finish, do not recommend.

There's a softlock about halfway through Brinstar if you don't have bombs. Also, if you get the Wave Beam and want to return to Brinstar-proper, your options are either (a) deathwarp, (b) wallcrawl, or (c) trek deep into Norfair to fetch the other Ice Beam.

Despite those issues, I found this quite playable and easily mappable by hand. Contrary to its name and what the description may suggest, this is not really much a challenge hack. It's generous with e-tanks, the map design isn't too convoluted, and you can get Varia rather early.

If the ROM was expanded so some of the dead ends could be pruned (by adding more room-types) and wave-ice was added, this would be a decently solid recommendation.

The ending text gave me a chuckle.