Description
The first hack I ever tried to work on, before Return to Zebes. It's uh, pretty bad. Barely playable, barely beatable, and a glitchy mess. Play at your own risk. 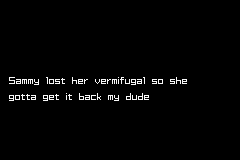 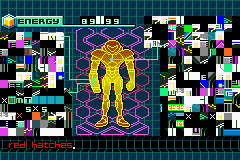 )
12% in 0:10
Read More
Incredibly broken but also very short, so it still manages to be fun.
Does not seem to have Mua despite hack name.
Also, has better looking underwater effect than Return to Zebes :)

edit: just replayed this. old 30% seems to have been with repicking up items, actual % I was able to pick up was 12%. Game seems to crash during a boss fight on mGBA, but "works" on no$gba. Also, a save station was working at one point, so it might be posible to explore further past some uninteractable blocks if they have the same breaking condition.

)
14% in 0:04
Read More
I found the aesthetic of the main areas to be interesting, actually. Other than that it's just a broken hack with respawning missile/energy tanks and a Mecha Ridley fight that refuses to go on.
By Sapphron on Dec 26, 2019 (

)
40% in 0:20
Read More
I mean like this wasn't actually that bad LMAO
Sure it has millions of flaws but it was fun to play. Be sure that you get Morph Ball before you fall down that hole in the ground. You'll regret it.
Interesting hack, decent/bad music, every item respawns, cool palette for main area.
At least you can beat it!

)
No completion stats.
Read More
lmao if you would've spend a lil bit more time in refining it, especially after so many years coming back and fixing this somehow I would've realy enjoyed it. It's a realy sweet short hack lmao just to kill off some time.
By shaktool7 on Jul 06, 2022 (

)
No completion stats.
Read More
I'm surprised KPF isn't here yet.
This looks like the kind of thing he'd specifically pick up to hate. Hi KPF if you ever come!
As for the hack "Intriguing" describes it pretty well.
Would be much more fun if the few crashes here and there would be fixed.

)
No completion stats.
Read More
interesting hack if only for all the weirdness too bad it's unbeatable. no$ mgba vba all crashes on final boss. interesting first hack still. thanks for having continued producing stuff as your work is very good.