Description
What if you could never gain health or ammo from enemy drops or refill stations? With this wonderful hack, you can live your fantasy of a more REALISTIC metroid game where you can soft-lock yourself by shooting all missiles into deorem when you first meet him. Good luck, and have fun (though I don't know if that's possible).

Play on hard mode if you are not a noob! 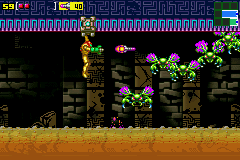 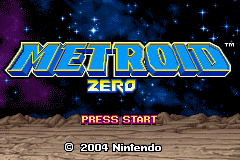 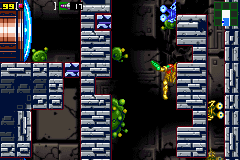 )
72% in 1:54
Read More
Just beat it on normal with 1 super to spare, and at least two missile packs uncollected. I probably wasted about 10 missiles, on missing and unnecessary doors. Did not have to learn zebetite skips.

The no health refill part of the hack fixes my only problem with ZM, it being too easy when played casually. It doesn't make it punishing, but makes it hard enough to consider reloading after taking couple of avoidable hits, or turning back to grab that out of the way energy tank you'd normally get later just so the low health alarm would stop(not saying it should be disabled).

No ammo refill is very interesting to me. I was curious if it'd be doable even before this hack, so getting a chance to try it is great. Unfortunately hack ends after mother brain escape, so I still don't know if vanilla is beatable without refills, although it seems highly likely.

I've encountered some minor issues along the way, and for lack of a better place will list them here.
After beating kraid, both his arms didn't despawn, and kept doing the death animation. Camera position was also still locked. Easily solved it by just blindly going left and bombing my way to next room, but still. Room was acting normal after re-entering.
If you don't save at the ship, refill sound doesn't stop playing until you leave the room.
Navigation statues seem to all start in sitting positions, which lets you avoid the "cutscene", but some of the statues were used in vanilla to make one way paths, so that kind of breaks that.
Can't block refill bugs from respawning by leaving the drop uncollected anymore.
Despite hack description taunting noobs to play on hard, hard mode is not unlocked after credits.

The biggest problem I have with this hack is that it makes charge beam actually useful(i'm pretty sure it's a required item now, to beat the hack).

Probably won't be replaying it, but it was solid fun while it lasted.

)
75% in 1:18
Read More
Holy crap! That was close. I left one super pack uncollected and ended up with one super left after MB. Also probably an e-tank or two. Charge Beam is definitely required, and grabbing every item is basically required. Pretty cool, ends after escaping from Mother Brain. Had same Kraid issue as caauyjdp, but not a big deal.
Finished.
Recommend.