Description
A quick little hack. You must find the five "keys" that open up the boss fight. They are hidden well!

Only six screens long, this is more of a mini hack.

Known bugs: Intermittent game-breaking graphics glitch in the Landing Site and Gully rooms (1st and 3rd in the series). 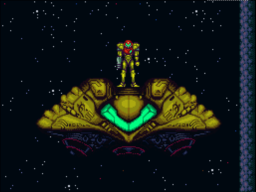 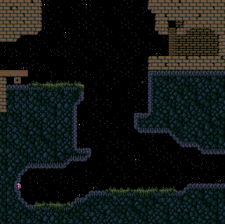 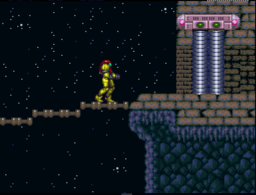 )
100% in 0:18
Read More
I liked the concept of this hack very much, but the way everything was hidden was frustrating. (I know that's the point, but you catch my drift) The fact that you have to trek back to the ship if you miss a shot with a temple key gets annoying quite quickly. I frequently found myself completely lost, resorting to turning off layer 2 to figure out what I was supposed to do. I did however like the boss only being weak to the temple keys, and the convenient save right before it. (Just don't die during the escape.) Again, I liked the concept, but the execution could have been better.
By Sapphron on Jul 05, 2019 (

)
No completion stats.
Read More
This hack is kind of a puzzle hack, the layers were used really well but some of the gates were way too hidden and left me scratching my head at points.
By Syphon on Dec 24, 2019 (

)
100% in 0:16
Read More
Good enough for me to give 3 orbs but some of the temple keys and switches are a bit too hidden. Neat concept though.