Description
In this hack, Samus Aran finds herself on the surface of a ruined chozo planet. While it first, it appears there are no signs of life, upon entering the planet's depths...

This is a very short hack that i actually had no plans on releasing. This is also my first actual hack, so don't expect a masterpiece. 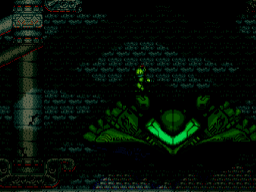 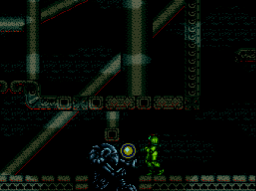 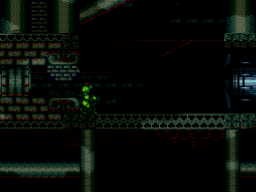 )
12% in 0:37
Read More
A great little first hack. Very small, very focused, and dark. Enough little pathways to keep it interesting for the brief period you'll be playing it. It's definitely short, and does manage to use suitless underwater too much, but it's a great little play for the most part otherwise. For those making their first hack, doing a small project like this would be a great way to start.
By Dynastyx on Aug 11, 2017 (

)
12% in 0:20
Read More
A nice, small hack that has a neat atmosphere. It is a bit too dark, but I like the eerie feel it gives to all of the rooms. My main thought going through this hack was: "Thank you for balancing all the enemies to the abilities Samus has!" It is pretty well built and is fun to play; it could use a bit more polish, but it doesn't detract from the whole hack that much. Give this one a try!
By Ri2nOneRok on May 11, 2019 (

)
9% in 0:30
Read More
The atmosphere was interesting, and the item placement allowed for some skipping (looking at you spring ball). Maybe overused Metroids, since I only found 1 energy tank, and getting attacked by one killed me pretty quickly. The compact map offered several ways of approaching rooms, which was good and bad, mostly during the escape sequence. Good first hack!
By Daniel94Gomes on May 27, 2020 (

)
13% in 0:25
Read More
took about 2h40m real time.
Hack is confusing as hell. Map station shows a section that is seemingly inaccessible. Has some seemingly broken doors, a potential crash in varia room and slope stucks. Has respawning pb blocks with low pb ammo.

On the other hand, it looks nice from what little you can actually see. Enemy damages/health have been tweaked(except seemingly drain damages) so it's not attempting to be hard.

Biggest problem with the hack is hunting for shot/bomb blocks when you can barely see, which given the name of the hack is intended, but that doesn't make it any fun.