Description
A Super Metroid hack I made for a contest on My Gamers Forum. Most of the game has been edited, and as of right now all the tanks have been hidden. :D

Big additions, now that I have Darklord helping me. :D Just to let everyone know all the energy tanks (14 tanks) will be in this hack as well a max of 220 missiles (44 tanks), 50 powerbombs (10 tanks), and you get 40 Super Missiles (20 tanks). This has all been confirmed. 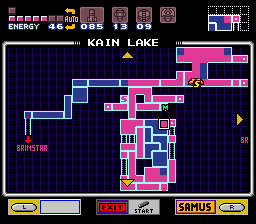 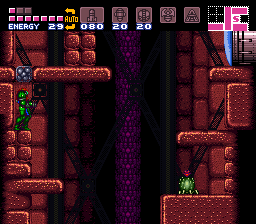 )
No completion stats.
Read More
This patch is for a headered rom.
I had really low expectations coming into this hack but I was pleasantly surprised by how well some of the rooms I found were tiled. Some looked extremely nice. Sadly this remains unfinished and it basically ends after Spore Spawn/Charge Beam pickup. I feel like this hack was kind of promising, but it sadly didn't have enough.
Note: If you do play this, note that in the Blue Brinstar E-Tank room, if you enter it while the planet is not awakened the game crashes immediately. After awakening the planet, it works just fine.
By kkzero on Mar 26, 2020 (

)
No completion stats.
Read More
Kind of a shame this isn't finished, because it was interesting for a halfhack, having a more unique progression and all. I can tell the creator was really passionate about their hack.