Description
Super Metroid: Swifty! is a hack I made (my first one, so be gentle!) to facilitate faster gameplay while adding my personal spin on the various suit colors. My goal was to be able to create a hack that employed multiple edits/patches; sort of a "best of the best" pick. This is the result.

Veterans of the game will probably not like this hack, as it's basically Super Metroid on "Easy" mode, and somewhat resembles Grime's Project Base (sorry, no re-spin, though!) I don't speedrun the game, but I like to be able to do some sequence breaks here and there; this hack will let you do just that.

No changes were made to the map or graphics.

Some of the changes applied:

For a full list of all changes made, please see the README file included.
I've made sure to credit all authors whose work I used in this hack. I'm a big believer in credit where credit is due.

This is an IPS patch and is for UNHEADERED ROMs. 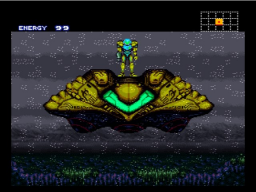 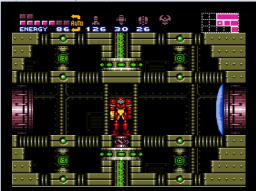 )
No completion stats.
Read More
Good mechanics but they really don't fit in with Vanilla SM how its done. The speed booster is way too short of a charge and morph has way too fast speed. It would be better if these mechanics were put to use in not a vanilla map. Suits had nice palettes though. Some tricks that you could do in vanilla are way easier like with early supers you can just roll across and not need to mockball and Draygon was extremely easy because of the speed booster charge time. If you could make an entirely new set of rooms to play that took advantage of the stuff you added, it could be great.

Basically, good mechanics on paper, but they don't seem to merge well with vanilla sm.
By Sapphron on Aug 01, 2019 (

)
22% in 0:39
Read More
Way too fast for me. Morphing Ball's speed is way too high and gets even higher when mockballing. Speed booster's charge is way shorter than PBase and you can keep the charge literally anywhere you go. It lasts over 2 minutes, from my tests. Guessing it stays forever if it stayed this long...
The physics would be good in a really fast-paced speed booster based hack, but in vanilla they do not fit. I did not like Gravity Suit's palette but Power Suit and Varia Suit were alright.

In conclusion, if you want a fast-paced vanilla hack that's really polished go play Project Base. This isn't worth it.
By KPF on Feb 05, 2022 (

)
No completion stats.
Read More
"I LIKE IT". I like that the morph ball Already goes FAST so that I don't HAVE to mock ball. I like that when you initiate a Shine Spark the charge STAYS with you even when you get hit. Doing a short charge is, also, VERY easy to accomplish. As for the (so-called) VETERANS that DON'T like this I have this to say. IF YOU DON'T LIKE IT THEN DON'T PLAY IT! Not everyone's good as you MAY be.