From the basic ability of Samus to graphics,
I have been remodeled quite a range.
I do not possible to programmatically difficult remodeling,
Because the ability of the operation and the item has changed,
I think there is freshness.
Atmosphere similar to the original also changed many, you're going to protect. 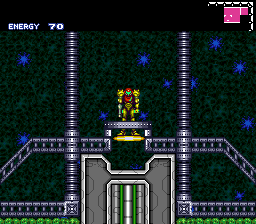 )
No completion stats.
Read More
Physics were garbage.
Not much to say other than that.
By kkzero on Mar 26, 2020 (