Description
The patch is for training needs, such as fighting bosses, or practicing bomb jumping, or wall jumping, or something. It gives you everything at the start, and you can test everything in that room. If you want to fight the bosses, you go to the door at the right of the screen, which will take you to Kraid, who leads to Phantoon, to Draygon, to Ridley, back to Kraid again. Enjoy.

New: The Training Patch has been updated, and this is probably pretty close to the final form it will take. 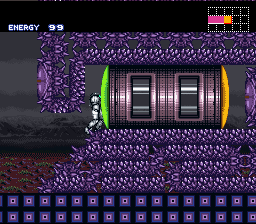 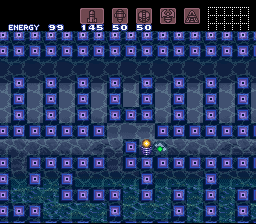 )
No completion stats.
Read More
Features:
Non-solid blocks.
Some custom graphics which look...interesting. It's all shown in the second screenshot.
Getting almost every single item after another, about 2 minutes of fanfare.
A LONG underwater morphball maze (the size of West Ocean, right next to Moat)that you'll probably get to without Gravity Suit, it's 100% impossible without it. I spent about a half hour before looking in SMILE and finding it.
I spent way too much time on this, and you should not do the same.
Hack ends after Ridley, by author's definition.
By Syphon on Dec 28, 2019 (

)
No completion stats.
Read More
Morphball mazes are the one thing I hate the most.

Not worth playing as there are better ways to practice and test things. 2 orbs because custom gfx.