Description
Like mundfuck from Crys, this hack shows how no one should make the hacks.
If you have seizures, do not touch this game. 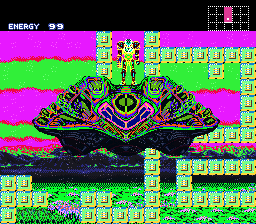 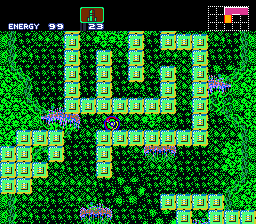 )
% in 0:27
Read More
This hack assaults your eyes.
In order to beat it, you basically need varia/enough e-tanks so be sure to head down to Brinstar and grab those.
It's a terrible hack with terrible tiling and I don't recommend it to anyone. Not special.
By MetroidNerd#9001 on Nov 26, 2019 (

)
962% in 0:29
Read More
It's hard to believe that this hack was made by the same guy who made Hyper Metroid. Do not play this hack. It has bad palettes, bad level design, bad crashes, bad softlocks, bad everything. Just play Hyper instead.