Description
Metroid Grime: DS (not gonna say what "DS" means or it'd give away the storyline, but feel free to guess) is an upcoming full hack. Emphasis will be placed extensively on graphics and aesthetic detail, and the gameplay will focus more on action and exploration than puzzle solving. If all goes well, this game should be quite a bit larger and longer than the original. Depending how many free banks I have left by the time I finish remaking all 274 existing rooms, I'll keep adding more until I no longer have space.

You can expect many secrets, shortcuts, alternate routes, item order and other things to boost replayability. This is not a challenge hack. Difficulty will be on-par (but probably slightly harder in some instances) with the original Super Metroid as far as progressing through the game and finding your way. The only necessary skills to complete it will be wall jumping, mid-air morphing and basic shinesparking. 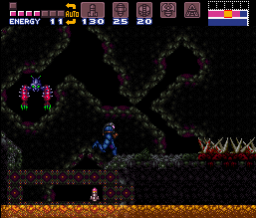 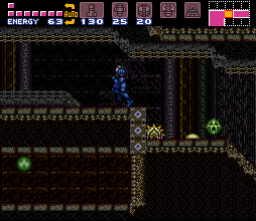 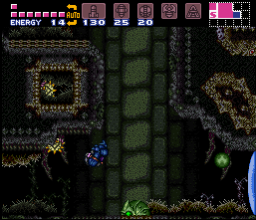 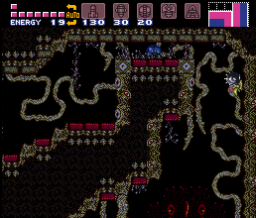 )
No completion stats.
Read More
This hack has some REALLY cool rooms, but the progression is kind of weird. 60 dmg spikes, too many missile doors, hard to figure out where to go in the beginning. Such a shame that it was left unfinished, as it had lots of potential.
By dagit on Feb 22, 2022 (

)
69% in 2:30
Read More
This hack has a lot of good things about it. Good art. Weird rooms (that fit the theme). However, it is unfinished and took me multiple attempts because on the first attempt I went in a broken save room and killed my save file. It was the save room at the top of red tower, but unless you know the vanilla game fairly well you may not recognize which one it is. The wrecked ship save room is also broken. Do not enter either of those save rooms, you won't be able to get out and if you save you'll have to start over from scratch.

Other than the broken things, it's an interesting hack. I disagree with the author about the difficulty. I think this is quite a bit harder than vanilla. There were a number of places where it seemed like I was expected to morph into a tunnel after a walljump and while that's not too hard to learn it's way more complicated than what is required in vanilla. Not to mention the gimmick with the suits, but I can't really say more without giving spoilers.

Overall, it's fun, weird, and visually interesting. However, you'll need to have patience with it because it has weird difficulty spikes, precise platforming, and the late game can be very punishing. This is a great start of a hack but I had to take away points because it's incomplete and unpolished.