Description
This is the most evil Super Metroid hack you will ever play, even more evil the SM Impossible. The world map is set up to force the user to abuse wall kicks, bomb levitation, and various engine bugs. You will have to collect 100 missiles, 20 super missiles, and 10 power bombs, as well as all of the other power-ups. Some rooms have spikes on every single floor and ceiling, while others are completely submerged in deadly lava. Other rooms require the player to find well hidden secret passages. Oh, and by the way... THERE ARE NO ENERGY TANKS

Patch made for SuperMetroid(JU).smc rom 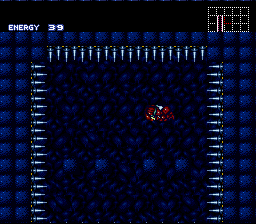 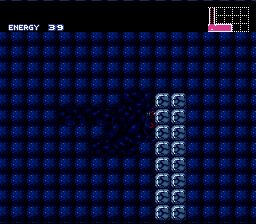 )
No completion stats.
Read More
You know a hack is going to be bad when the hack itself asks you why you downloaded it.
By Sapphron on Aug 11, 2019 (

)
No completion stats.
Read More
104 deaths to get back to the ship with ~10-15 different savestates.
This hack is really special...
It's super spiky and needs insane amounts of precision to get anywhere. Progression is convoluted and it's only fun to watch someone else play.
This hack is technically humanly completable. However, it is unbelievably unreasonable to attempt to finish it.
Two TASes exist of this hack, by Lioran and Hoandizi. I recommend watching both of them but Lioran's one is more entertaining. EDIT: RIP Lioran's TAS :(
Lioran also made a version of this named "Kaizo Possible" which can be easily found on the main site.
It's a humanly doable version of this hack. If you plan to play it, play that instead.
Do not recommend.
By OmegaMalkior on Jul 24, 2021 (

)
No completion stats.
Read More
10/10 would torture myself by speedrunning this instead of TASing it lol