Description
A non-linear one room hack that will have you scanning the area for as many items as you can find before fighting Ridley! 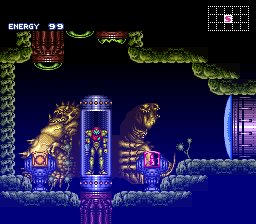 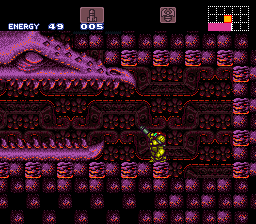 )
No completion stats.
Read More
I wanted to try and finish this hack, but it's absolutely atrocious design made me quit. I was glad I did. I looked at the hack in SMILE and saw the absolute garbage it tries to make you do to progress. Parts that I experienced included:

- Wall Jumping around 60 damage spikes with no E-tanks and an energy refill that's annoying to get to.

- A morph maze requiring Mockballing through a tight gap that also randomly had solid blocks, hiding progression behind random blocks being shootable or bombable.

- One of those mazes where every square looks the same, but some are actually different. Some of them drop you into lava where you most certainly will die.

Overall, the tiling is ok, but everything else is excruciating. Do not play this.
By Sapphron on Jul 12, 2019 (

)
% in 1:10
Read More
The beginning is really bad, and well to be fair most of it is. The items are in extremely stupid spots and hidden where you'd never find them, crumble jumping under lava with speed, 60 damage spikes EVERYWHERE, etc.
Not a fun hack.
time is rta (finished, end is a tunnel loop)