Description
I've been on the periphery for long enough, and decided to try my hand at a little hack. It's just a complete reworking of the landing site, with a few small puzzles thrown in. The idea of the hack was to get players to think before they move forward. If you do this, then it's not too difficult to see what to do next. Good luck, Samuses! 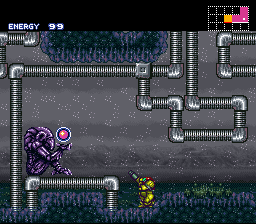