Description
This is my first SM hack named, Super Metroid Challenge!
This hack took almost 3 days to complete but I finally got it done!
I'm actually making a full hack but I will discuss that on a later topic. Well, enjoy!
The IPS patch is for use with a headerless Super Metroid (JU) rom. 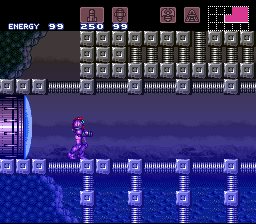 )
120% in 0:45
Read More
This is pretty much just another "challenge" hack. I still quite enjoyed it though, even with it's stupid design choices. I'd think you should look elsewhere if you want a more "proper" challenge if you like those kind of hacks.
By Sapphron on Jul 20, 2019 (